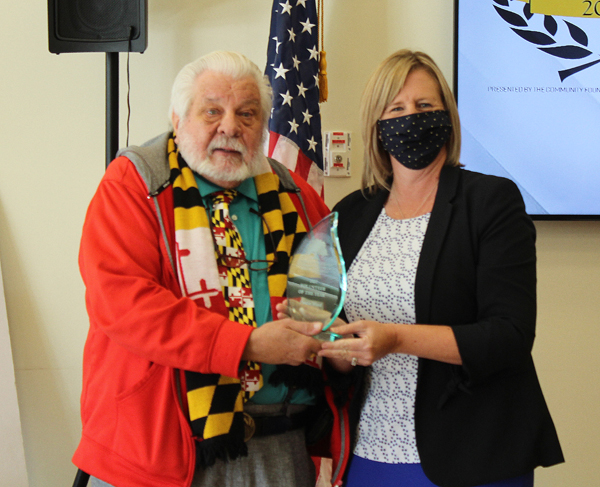 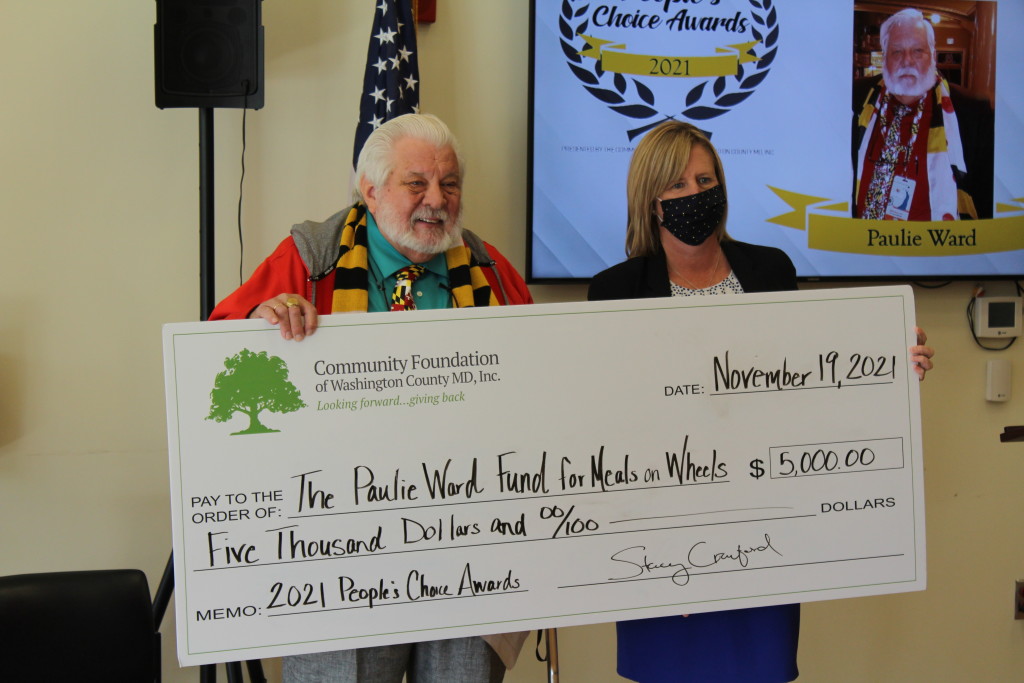 The Community Foundation of Washington County MD, Inc. has awarded Paulie Ward, as a part of the 22nd Annual People’s Choice Awards, with a Volunteer Award.

This prestigious award honors individuals from the community who give generously of their time and talents to make Washington County a better place to live. In addition, the Community Foundation has established a $5,000 endowment fund which Ward has titled The Paulie Ward Fund for Meals on Wheels, which will benefit the Washington County Commission on Aging’s ever-important program.

Ward, 77, is well known for being a fierce advocate for the senior community while volunteering in numerous ways through organizations like the Commission on Aging, the Humane Society of Washington County, C&O National Parks, the Maryland International Film Festival, the Doleman Black Heritage Museum, United Way, and many more. From community events to important formal functions, Paulie is a familiar “behind the scenes” figure.

“His contributions to our community are numerous and his passion for capturing how special our community is are inspiring,” said Community Foundation President & CEO Stacey Crawford, referencing Ward’s passion for photographing and archiving images on behalf of non-profit organizations and community heroes alike.

“Let us not forget it is as much you who are giving back, who have the same zeal and passion for bringing our community back together. It is with great pleasure to share this unforgettable award. I look forward to continuing to serve my beloved Washington County,” said Ward during this morning’s ceremony at the Commission on Aging recognizing this honor.